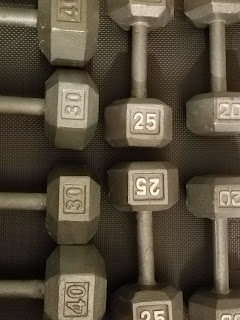 A PhD is bad for your BMI. I don’t know how much I weighed before I started to study, in December 2014. The truth sets you free, but first it hurts, and so I’m content not to understand the damage. I have definitely gained weight.

The weight gain makes sense. When everyone else is outside playing, I’m inside, in front of my laptop, reading or writing or both. The pressures of doctoral study increase your levels of the stress hormones: cortisol, adrenaline, and norepinephrine. Of those, in particular, cortisol increases your blood sugar levels, though all three of them can contribute to obesity. Imagine having three weeks to take a test on which you are told that you can only write 50 pages. If you fail it once, you get a second chance. Fail that and you get two more chances in the following quarter. Fail it four times and you are expelled. That was my comprehensive exam and that was when I set my personal best, or worst, depending on your perspective, of 12 straight hours of study in one day, 8:00 AM to 8:00 PM. I learned that I had passed, on the first attempt, right before the solar eclipse in 2017, and I recall walking outside to see it, my legs feeling like they were encased in lead, for reasons that had nothing to do with the sun. Cortisol will do that.

Summer is nearly here, though, and as a PhD candidate, rather than a doctoral student, I haven’t had a scheduled class since summer 2017. I have written all five chapters of my dissertation and school now consists only of revising those chapters. I work on my own schedule and I can put more time into taking care of my body.

My work has always been mostly in my head but I’m realizing that taking care of my body also takes care of my brain. Your brain is only 2% of your body weight (is my brain also obese?) but it uses 20% of your energy, with one-third of that energy going to housekeeping, general brain maintenance. To remain able to do my brain work, indeed to remain Brendan as I am now, I need to take better care of my body to protect my brain.

I have sleep apnea, and I started to use a CPAP machine on 6/12/17. I know that many people have trouble tolerating the mask, to the point that there are counselors who specializing in helping patients who resist the CPAP. This problem is so common that my machine has wi-fi and it sends a report about me to the manufacturer, my insurance company, my sleep doctor, and my medical goods provider every morning. My insurance company will take the machine away if I don’t use it enough, but I have used it every night since I received it. My memory and mood are better. I didn’t even notice when they became worse but I saw the difference after I started to use the machine. My risk of heart failure was 140% higher and my risk of stroke was 60% higher without treatment. I was waking up 22 times per hour, enough for moderate apnea – severe sleep apnea starts at 30 times per hour, and 5 or fewer is normal. I have also lost 7 pounds that I haven’t picked up since starting to use my CPAP. I check my sleep report every morning and I average 2.7 events per hour now.

To this I just added a calorie counter app to my phone about ten days ago. This will hurt to publish but I estimate that I was taking in about 2,600 calories per day. Ugh. Now I’m down to 2,200, which puts me on a track to lose about 1 pound per week. I have already lost two pounds, just enough to feel the difference. The first few days were brutal, in that I felt weak and foggy, but those feelings went away.

I’m stunned by the number of calories out there, so easily available, so innocent. A pint of chocolate milk, sitting there and looking all tasty and healthy, has about 400 calories. That’s most of a meal, in a bottle. I am tempted to lie to the app on my phone, but then what’s the point to doing this at all, if I won’t be honest with myself? The truth hurts but it doesn’t kill you. A quart of chocolate milk might.

I have discovered tabata, which was a form of HIIT (High Intensity Interval Training) before anybody talked about HIIT. I go for 20 seconds of large-muscle aerobic activity, then rest for 10 seconds, then back for 20 seconds and continuing for a maximum of 8 minutes. Anybody has time for that. I’m up to 5:30 now. Tabata won’t help me to lose weight but it will make me healthier. It turns out that my Fatbit (Fitbit) will support HIIT with a vibration to signal the interval changes. I like this because it’s hard to check my watch during jumping jacks.

The next device will be a Lumen, which will tell me exactly what macronutrients I am burning. I contributed to the Kickstarter campaign for this product and bought early. My Lumen will come in August and then I will have another tool.

Right now, the app on my phone tells me that I will reach my goal weight in November 2019. If I want to go faster or to reach a lower weight then I can reduce my daily calories more. My sense of what it takes to keep me going, what constitutes a reasonable amount of food, has already changed. I’m working on a calorie budget now and asking if I really want to spend that many calories to eat something. The app on my phone also tells me that I am taking in less protein than I thought, which is information that I can use to change my diet. Carbohydrates aren’t evil, but I have an idea of what percentage of my calories I want to spend on carbs. It’s not what I am doing now.

My Fatbit is part of this plan. It generates data, which are just information. I keep track of calories and sleep and heart rate and steps and staircases to tell me where I am and to tell me if I am moving toward where I want to be. I’d rather measure and know if my tactics are working than guessing, or letting bad habits creep in again. The gadgets don’t replace sweat or desire but the data guide my intentions and plans. Plan well, then adapt.

There are lots of diets out there, mostly garbage but some good, and I could go on one, lose weight, buy lots of new clothing, feel good for a bit then put the pounds back. I refuse. I’m looking for a permanent change in how I eat and move, how I live. I want to take an approach that will take me into the next stages of my life, something that will work for me. The PhD tells me that I am willing to do what I have to do to get where I have to be.

This post is a bit more personal than what I usually write. I mostly write about events and ideas in this space. I’ve written about sleep apnea in the past, though, and if you have it, or think that you might, or someone who can’t sleep beside you for all of the noise thinks that you might have it, then I hope that you get checked out. Regardless of the particulars, I am hardly alone in wanting to improve my weight, or something with similar dynamics. It creeps up on us and we don’t see the damage that we are doing until it suddenly becomes too late. How many doughnuts are too many and can’t I stop at that number minus one? The answer is that no, I can’t know, and even if I stopped at minus one, that would be so close to the edge that something else would push me over. I know that I will feel the urgency, will scream and claw for my life, when it becomes too late. I want to feel that urgency now, scream and claw for my life, while I can still win the fight. I will do what I have to do to get where I have to be. I wish the same for you.