Scenes from a pandemic, Volume Two 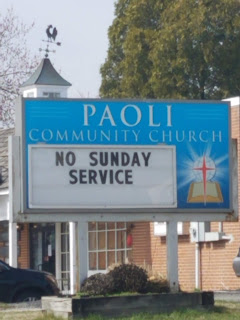 Much has changed since my first post, just two days ago. That’s typical of an emergency response. It means that the experts are continuing to learn about what is happening and using that new information to modify operations and plans. When I served on Hurricane Katrina, we had a meeting every morning to lay out the new procedures for the day, and sometimes we needed an afternoon meeting as well. New information means new methods. Flexibility protects you.

COVID-19 has become an ambient stressor, adding to whatever else is happening. With no pun intended or desired, it has become like a computer virus, running in the background, diverting resources for its own purposes. It’s hard to believe that we heard about this illness for the first time, in China, in December. It’s March 16, in America, and COVID-19 already influences everything to one degree or another. Latex gloves are the new fashion, though it’s probably not worth trying to find them in stores, any more than hand sanitizer.

In my home county, the libraries are closed for two weeks. At my favorite supermarket, the small restaurant closed yesterday. They didn’t want people sitting near each other and they needed to divert staff for stocking and cleaning. The hot food bar closed today for the same reasons, and the café seating area is off limits. What had been a 24-hour operation now runs 6 AM to 11 PM, with time to stock and clean.

COVID-19 turns everyone into a health care worker. We’re all cleaning surfaces, all checking ourselves and each other for symptoms. It’s early spring and my allergies are starting, nothing bad yet but I bought more allergy medication today. I don’t want to be out in public, sneezing and coughing and scaring the hell out of people around me.

Action binds anxiety is a mantra that is common in both crisis psychology and disaster psychology. That doesn’t mean pointless, irrational, flailing action, but it does mean that you feel better when you can do something. I was out today, volunteering at my church, moving firewood. It felt good to work, good to get out of my home, good to see other people. For the weeks to come, tasks that feel important, any contact with others, anything that maintains your mood and mind and body, will do more for your health than any glove or lotion. Take the time to make yourself strong.

Going outside would seem to be a good idea – no surfaces to infect, no recycled air to breathe - but many of the parks in the Philadelphia are closed. Exercise is important at a time like this and it will be easier to get than gloves or hand sanitizer, but it will take some work.

In Pennsylvania, all of the state stores near Philadelphia will be closed by tomorrow. If you aren’t familiar with the Commonwealth, these are the state-run liquor and wine stores. I stopped by one yesterday, partly to check the vibe and partly because Jim Beam Black and Evan Williams bottled-in-bond seem like good company. I risked a joke about liquor stores being essential at a time like this, but there’s no good reason to put those employees at risk and, as state employees, they might be able to move to other support roles.

St. Patrick’s Day is tomorrow. That’s usually a big day for alcohol sales, but I haven’t even seen a reference to it. Nobody is going out drinking on Tuesday.

I pay my Visa bill in person. It wasn’t due until 3/24 but I paid it last week. I wasn’t sure that I would be able to find an open bank branch when I needed one. I have an appointment to file my taxes at H & R Block on 3/24 but I want to move that up, just in case. I’m off work for at least the next two weeks but as an educator, I would not be surprised if that goes longer.

My doctor has been bugging me to schedule my annual physical exam, which I usually have in the spring. Not only does that mean going to a doctor’s office, but it also means fasting blood work. Scheduling the appointment and the draw is easy with the time off, but I don’t think that I want to go into the testing center or the doctor’s office right now.

I need a haircut and the barber feels like a small risk, but I have to make sure that they are open before I go. Is a barber essential retail? When you have a 70’s style mop going, it might seem that way, but that’s nearly a joke, and stuff is becoming less funny.

There are some routine face-to-face interactions that no longer seem viable. What if you were

· Trying to get a job

· Trying to buy or sell a house

· Starting any kind of business


Could you do any of these things now? You could have in February, but now?

Action binds anxiety, and that’s important. One more maxim from disaster psychology comes to mind. What’s happening now is bad, but not all of it is bad. There are good things happening, too. Good leaders are stepping up and people are taking care of each other. Old routines are breaking, yes, and when COVID-19 passes on, as it will, then we can decide which of those routines we want to resume, and which we are glad to have discarded, making room to replace them with something better. When do you think an uncovered sneeze or an unwashed hand might be acceptable again?