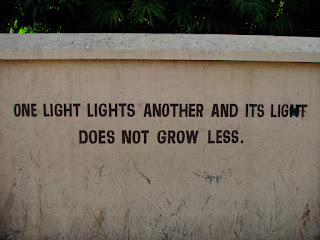 I have been thinking about something that one of my professors at the University of San Francisco used to teach frequently, about the immorality of using other persons as a mere means to end. I will briefly get philosophical-egghead and explain the roots of this idea in a bit, but first let me hook you on why I am thinking about it and why it matters.

There is nothing at all wrong with using another person as a means to an end. We all do it, all of the time. At Wawa this morning, I used the sales associate as a means to the end of acquiring my coffee legally and morally. As I write this, I am using my auto mechanic as a means to the end of ensuring that my truck stops effectively and safely and runs in a way that will keep it running. In turn, the sales associate and the mechanic use me, through employment, as means to the end of earning money. It’s a fair deal and no big deal and we all do it, necessarily. We get what we want by using other people, who in turn get what they want by using us. The legal term is contracts. The playground term is fair. So far, so good.

In our small daily interactions, recognizing the humanity of another takes the form of simple courtesy, the whole please and thank you stuff, and respect, calling people what they want to be called and maintaining a physical and emotional distance appropriate to the circumstance. In closer relationships, it means seeking what is right for others while also seeking what is right for ourselves, recognizing the right and need for what Glasser (1998) described as the basic human needs, for power and freedom and fun and survival and for love and belonging.

Those are the positive ways of stating Kant’s (1785,1948) Principle of Humanity, which is the title for the second formulation of his categorical imperative (egghead stuff here, but stay with me), which is called the Formula of the End in Itself. The rule is, “Act in such a way that you always treat humanity, whether in your own person or in the person of any other, never simply as a means, but always at the same time as an end,” (Kant, 1785).

However, we act immorally when, in the course of a deal, we ignore the humanity of the other person, when we treat this person as only a tool to use for accomplishing our own purposes. A person has an end, in contrast to a tool, which does not, and the end, the purpose, of another person is not to satisfy me. If I break my screwdriver while assembling something IKEA, it’s a moral action. The screwdriver existed only for the end of driving screws and so breaking it – injuring it, if you will – while driving screws is a moral act. Breaking or injuring another person in the course of accomplishing a task is not a moral act. The end, the purpose, of that other person is that other person’s life, humanity, and I am wrong to violate that.

The sales associate at Wawa is not my friend nor even an acquaintance, and when she asks how I am, she is only saying hello and barely that and it is not an introduction. I ask how she is in return and I am only greeting her and I do not want to hear about her health problems or how selling coffee at Wawa does not fit into her dreams. Fair enough. However, if I go bonkers at her, talk to her disrespectfully or throw objects at her because there is no Holiday Spice coffee, then I am treating her as a mere means to an end, am acting as though her purpose in life is to provide me with coffee and as though she has no value if she does not provide me with coffee, am violating her humanity, am acting immorally.

I suspect that this time of year is why I am thinking about what my professor at USF used to teach so often, a long time ago. The ideal of the Norman Rockwell Christmas, and by the way, that’s not Mr. Rockwell’s fault, and the search for The Perfect Gift, and the self-imposed, self-inflicted pressure to have a holiday that fits some impossible plan, the terror of possibly failing to meet some standard that we think that others have but would shock the hell out of them were we actually to articulate what we think that they think that we should do or be, all of it, leads to some uncivil and outright immoral behavior.

I wanted to park in that space, but it did not belong to me and your right to it was as valid as mine. I want to buy this object and then move along to my next task, but so do you, so we are in line together. The associate at Boscov’s wants to sell the object to me, at the price that the store is charging, and if there is an error then she will fix it, but I am also free to decline the purchase if I do not like the terms. None of these events are assaults upon my humanity and I have no right to treat them as such. There is important work to be done but the persons doing it are more than roles, more than job descriptions, more than the results of their work, and it is wrong to treat them as such.

At Search retreats at the University of Scranton, we used to exhort ourselves to “Be excellent to each other.” That’s a nice standard but hard to maintain and more than is necessary. What is “nice” but, more than that, what is absolutely required of us, even and especially at difficult and stressful times, is that we pause for a moment to recognize and respect the humanity in ourselves and in each other. It’s so easy to forget, especially when the other person looks like a blip on a computer screen, or a Volvo on Route 202. When acts become attitudes and elements of personality then we are into the realm of personality disorders and sociopathy. We can never think ourselves to be acting properly and morally when we treat the other person as we would a screwdriver, a cup of coffee, or a set of brakes on a RAV4.