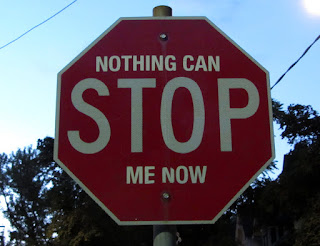 Part of the adventure of my doctoral program has been three residencies. I have been to Alexandria, Orlando, and Dallas (yes, it sucked) to spend a few days at each, working on my Dissertation Research Plan (DRP). The DRP is the 23-page egg from which will grow my 250-page dissertation. In each residency, I had the advantage of being able to talk with my professor in person, to trade those non-verbal messages that account for 60 to 90% of communication, depending on what research you prefer. The trips were challenging and expensive but I made more progress in four days at each than I could have in four weeks of emailing.

Success at these residencies meant developing portions of the DRP and obtaining approval for them. A week after leaving Dallas in May 2017, I had approval for my overall plan. I passed my comprehensive exams over the summer and figured that I was ready to go, to collect my data and crunch the numbers and become a PhD.

As it turns out, though, my final plan was never reviewed by a professor in my department, someone who really understood what I was doing. I could see that, in the three-minute explanations that I had to offer to provide context for ten-second questions, but no professor knows everything. It happens. No big deal.

In October, I started to work with my mentor and then it became a big deal. She is the first person who understands my topic and who reviewed my plan. I was able to keep my topic, my theory, and my main question, but much of what I had written had to be discarded. She wasn’t being mean. The constructs and predictions did not make sense. They probably wouldn’t make sense to anyone reading this post, either, so I will spare you the distractions and confusion. It suffices to say that I have spent the last month revising a plan that took me a year to write, a plan that was approved three times. Yes, that also sucks. Lone Star is Texan for Budweiser, by the way, but that’s another tale for another time.

My revised plan is now back in the hands of my mentor, and I really like what I have now. I have just learned that childhood trauma, whether acute, like abuse, or chronic, like poverty, correlates with weaker working memory in adulthood. In other words, growing up in a poor home in a dangerous neighborhood inflicts permanent injury to memory. This dynamic, as a variable, will be part of my study, and with that, my dissertation will contribute more to the “knowledge base.” In other words, it will be more practical, more useful. My study will partially satisfy the academic requirements for me to become a PhD, but it will also add a tiny bit of important information to the world. Along the way, the revisions to my DRP also make it simpler, which is to say, easier and more efficient and more likely to be accurate.

I could have arrived at this point earlier. A professor in my department could have done what my mentor did, when I was in Orlando, or in Dallas. The process wasn’t optimal but I like the result. I might be rationalizing the experience, but I don’t think so. I was just told to cut things that my previous adviser told me to add, and those were things that I did not care much about. I am now adding variables that I really do care about. I’m excited again, and it reminds me of all of the other times that something similar has happened to me.

My first trip to graduate school (the PhD is my fourth) was for a Master of Arts in Christian Education. By the end of that degree, I was already thinking about psychology, in particular pastoral counseling, in a way that would satisfy the state requirements for counseling licensure. The school had a one-year specialization degree in which the student designed his or her own program, so I cobbled together a program of courses in the catalog of my school and a few nearby.

The school did not owe either of us a chance to defend our applications in person, but when it gave that chance to my classmate then it owed the same to me. The disparity in our treatment, the courtesy extended to my classmate but not to me, was unfair. The decision was not meant to be for my benefit. When I appealed it, hoping for a hearing like what my classmate received, I was instead sent a letter which added insult to injury. That’s not always a cliché. Sometimes it’s how Christian schools treat students.

I spent the next year working in retail, at the former Strawbridge and Clothier, and trying to find my footing. After a year there, I started at a job in human services and I entered a master’s program in counseling psychology, learning much more in a cohesive program while earning a degree that would be recognized by state and national boards and by employers and by the graduate schools to come. I was much better off for having been turned down by my alma mater.

It seems as though events like this have happened many times throughout my life. I have been hurt by people who meant to hurt me, or who did not care about me at all, or sometimes unintentionally but unavoidably, just a raw deal all around, but in every case, the outcome was far better than the one that would have resulted from what I planned for myself. You could accuse me of rationalizing the pain, and that would be fair, but I don’t think that it would be accurate. I could be viewing the past with the rose-colored glasses of memory, being reconstructive as it is, as I will say in one of the books that I want to write as a PhD, but again, I don’t that it would be accurate. I could be employing my psychological immune system (Gilbert, 2007), but in both cases, regardless of my emotions, the facts are clear and unequivocal.

My own determination and ability to adapt probably contributed to these events. It could also receptivity to the gifts that I have been given. However, I take events like these with faith in the providential nature of a God who loves me enough to give me what I need, even when it’s definitely NOT what I want, because that is what love does. Love disciplines (teaches, not punishes) and seeks what is right, rather than what is right now, for the loved. The Creation is not done and I am still becoming, semper discendo. I was upset when I found that my DRP needed major revisions and I was very upset to be turned away by my immediate alma mater years ago, but when I look, at my DRP now or at my master’s in counseling psychology, I see something better than what I would have made for myself, a destination better than where I would have landed. Similar things have happened time after time, in all aspects of my life, throughout my life. I choose to believe in God and, for all of the pain, to live with a ridiculous optimism.