Bending my mind around the mountain 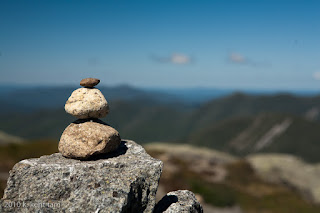 The view from Mt. Marcy, the highest point in New York.
Kent, https://creativecommons.org/licenses/by/2.0/

I have passed my comprehensive exams. Capella calls this a “monumental achievement.” I can agree with that, though God blessed me with a sequence of events in which I was off work for 17 of the 28 days that I had to work on them. A short day was 7 hours but I usually spent around 10 hours per day. Long days ran 12 hours, or something. It becomes hard to keep track of stuff. One night, after finishing study, I decided to take a “different route home,” then decided that I wasn’t sure how to get home from the area where I thought that I was, then marveled at how very much the road that I was approaching looked like my usual route. It was my usual route. I had lost track of where I was on a two-mile stretch of road that I have driven hundreds of times. I was that fried, and now scared, so I drove straight home from that point.

I did not have it easy, but I had it easier than many. My peers were taking the same exams and some were working full-time and trying to be good spouses and parents. They have my greatest respect. I could, and did, come home grouchy and exhausted, fall asleep on the sofa, get back up again in a few hours and pick up again without having to be something to someone else. I do not know how anyone does it.

It takes a motivated and perfectionistic streak to get this far in a doctoral program. Courses are two at a time, ten weeks on and four weeks off, year-round. I started in December 2014 and these exams marked the end of regular classes, were the gate to my dissertation. I had to demonstrate the skills and attitudes that I have learned in almost three years of classes before I could begin work on my dissertation. I learned a few things and much of the work that I did for my exams – 3 questions, 17 pages each – will be of use for my dissertation.

That page range was really important. Nobody is going to tell a doctoral student how much to write but the guidelines, 12-17 pages, helped me to know how deeply I had gone, that range and the cues from terms in Bloom’s Taxonomy. If I had 16 solid pages that were direct to the question then I could do one last review and submit my answer, no reason to add fluff that would annoy my reviewers, but if I had thought that I were finished and had only written ten pages then the guidelines would give me a hint that I had missed the boat, had not analyzed deeply enough.

When you have a master’s degree, you are entitled to an opinion. You surrender this right when you begin doctoral study. Do you want it back? Then finish your degree. After that, you will be taken seriously, even if you haven’t bothered to learn about what you are saying. That’s part of why the process is hard.

It’s hard to analyze when you don’t have an opinion. The best way is to find another author who has a different perspective on the topic and to present those differing perspectives in contrast to each other. Failing that, logic works and is welcome, but always remember that you don’t officially know anything at this stage, even though you have read almost everything written about your topic. Find a source for, and cite, everything.

Capella also calls passing the exams proof of “mastery” in my field. I don’t agree with this at all, and that is going to be part of the challenge that lies ahead. I read every word of the feedback that I received, three questions x three raters across seven dimensions, 13 pages of single-spaced comments in all, and read it all several times, carefully enough to notice that I had two copies of one rater’s comments, so I asked for the missing comments to ensure that I had read everything. Those three reviewers had substantially different opinions of what I wrote, and that baffled me.

Writing in psychology is done in the style of the American Psychological Association (APA), with the manual being in its sixth edition. It is an exacting and objective style. For example, here is a citation from my reference list, one of my favorite journal articles:

If I had written this as, “Sweller, John” then I would have deviated from APA style. Anyone reading it would know that the style is “Last name, First initial.” Anyone reading it could see that I did not follow this format. We should have 100% agreement, or inter-rater reliability, about this. It fits well with that driven, exacting attitude that gets a person from “doctoral student” to “PhD candidate.”

Those baffling differences of opinion on my answers to the examination, though, tell me something of the process to come. Dissertations are iterative, which means that they require repetition. It really means that I am going to write something and it will be reviewed and I will be told to change things and I will repeat the process of write-submit-change until I am told that I have done what is expected. “Perfect” is what satisfies my mentor and committee.

That’s the funny part about perfectionism. Superficially, it looks objective, like whether or not you met APA style, and sometimes it is, but often the standard is an opinion, a question of whether or not this thing is how I think that it should be. Framed that way, the difference between “perfectionist” and “laid back” is really just a question of the width of the range of what a person will accept.

That thought, in turn, reminds me of one of my favorite quotes, from The Velveteen Rabbit (Williams, 1922), which I cannot quote in APA style because I do not have the page number.


'It doesn't happen all at once,' said the Skin Horse. 'You become. It takes a long time. That's why it doesn't happen often to people who break easily, or have sharp edges, or who have to be carefully kept.’


For the last part of my trip up this mountain, I have to change my attitude, because the process is just the process and it will probably be rough. There is no way to be perfect. I’m going to work hard and hear that what I did was wrong and has to change, and the faster that I make those changes, the faster that I earn my degree. They aren’t mistakes or failures unless I take them personally or let them stop me. The mountain is just there. It’s not working against the hiker, or helping the hiker. It just is. Forget the melodramatic movie crap. Climb it if you want and if you can.