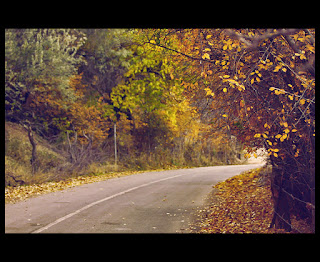 I used to write about environmental issues and adult beverages for a now-defunct online publication called Examiner. This post is a revision of a column that I published under the title of “Three green mixed drinks for fall” on 11/28/14.

We might see a few more hot days, and the humidity has been ridiculous lately, but we are clearly into fall now. It is the best time of year in Chester County. For me, it mostly means that I get back into my darker beers, especially the coffee beers and imperial stouts and various porters.

However, there are some simple mixed drinks that fit the season. All of the cool names are taken, like the first one, which I wanted to call a Great Pumpkin. There are several drinks with that name, and calling any adult beverage a Punkin Chunkin just seems to invite projectile disaster, so forget it and just enjoy.

Pumpkin spice anything is usually cloying and annoying but the black pepperiness of rye balances it out.

The name “adult apple pie” is also already taken, but damn, that recipe includes Everclear. If you are 21 and at a field party then that might make sense, but instead, how about a nice, gentle, adult vanilla touch to your cider? Dogfish Head used to make vanilla vodka but it looks like they stopped, which is unfortunate, as it leaves you looking for some mass market and environmentally-unsound alternative. The weight of spirits and glass mean a lot of carbon emissions to get them to you plus the tree-based packaging to keep them intact.

This one has a cool name but only because someone else came up with it. Start with cider, then add rye or bourbon or rum or brandy and a dash of Angostura bitters.