The beauty of online study 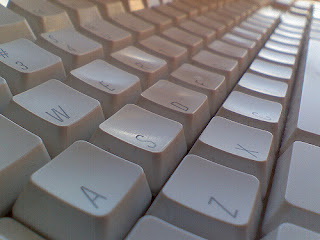 I met some classmates in my doctoral program for the first time two weeks ago. That might seem obvious, unless you know that I have been studying since December 2014. I’m working on my PhD online.

Online study fits the modern American culture. No, I’m not talking about computers. By now, they are a given. Instead, I am talking about our mobility. Online study complements the way that we move around. When I started classes in December, I did not know that in February, I was going to move over 100 miles away for a new job. Because I attend school online, the change of job and home had no impact on my education.

In December 2014, going to school online was my only option. I lived in a place that was at least two hours away from the nearest university. When you combine study and a full-time job, the job is also important, because you might have a class that starts at 4:30 PM. Will your work day be over at that time? Can you make arrangements, like coming in early, so that you can leave in time to get to class? When work ends, how close will you be to school?

The average American commute to work is 25 minutes.  The one-way commute distance is 20 miles or fewer for 78% percent of us, but if you are in that 10% who commute 16-20 miles one-way then your work could be closer to school, or a long way from it.  The average American changes jobs every 4.4 years, meaning that a doctoral student is likely to change jobs at least once, maybe twice, while working on the degree. Even if your current job is close enough to school, will your next one be? Will you make a job decision based on proximity to school? You might have to do that.

I know that going to school online inspires some skepticism, as though it is not a "real" school, but in my doctoral program, I read, like I would, and write papers, like I would, and have discussions by email and course room postings, in a way somewhat like I would, if I were in a traditional school. I’m going to write a dissertation, including an experiment, just like any other, so what makes an online degree in some way “fake” or “less” than one in which I study in a physical classroom? Many good and well-established bricks-and-mortar schools in this area have degree programs that are taught partially or primarily online. Those degrees are real, too.

My experience of my current program, informed by three previous trips to graduate school (two master’s degrees and one certificate-only master’s level program), all in traditional schools, is that what I am doing now is harder. That might be the difference between the master’s level and the doctoral level, or the difference in studying online rather than in a traditional classroom, or a combination of the two. I can’t be sure.

There are no breaks in an online program. I’m on for 10 weeks and off for 4, year-round. It makes sense, in that I expect good things to come after finishing my degree, so I don’t want to take a break until I really must. I want to get this done and get to what is waiting for me. However, that has meant posting homework discussions on Christmas Eve, because it fell on a night when I had homework due. Assignments are due by midnight, typically on Sunday. At 12:01 AM, they are late and the professor can deduct 20%. If you have a good reason – which doesn’t include computer failure – then a professor may cut you a break. If not then that A paper becomes a D after two days, and that’s assuming that it started as an A. There’s no such thing as a snow day, even if there is a blizzard where you are. No deus is coming ex machina to save you if you get behind in your work.

For all of that, what I saw two weeks ago was beautiful. In a hotel ballroom, having breakfast with maybe a hundred or so other students in various stages of dissertation, I saw classmates wearing suits and dresses and full-sleeve tattoos. I saw persons of color, women, women of color, a few classmates who seemed young to be working on a PhD and many who came to it late. In my own class, I found that I am studying with a retired police officer and a driving instructor who specializes in teaching persons with Autism, and someday, someone is going to call them “doctor.” All of these classmates entered the doctoral program because of their ability. They will leave it because of their persistence and their tolerance for discomfort. They will emerge as experts in their field and authorities in their communities.

Much of earning a PhD is about getting credit for all of the stuff that you learn after the master’s degree. In that ballroom, I saw hundreds of lifetimes of experience, many lives that do not fit the “traditional” academic mold, and I knew that these intelligent, capable persons were going to finish someday, soon and very soon, something that will document that ability, give them a traditional type of credit for what they know and can do. The world is going to be a better place for this online program and how it educates non-traditional learners, shines the light of knowledge into places where bricks-and-mortar programs rarely go. That is the beauty that I saw two weeks ago.