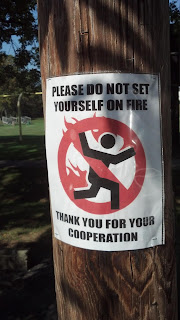 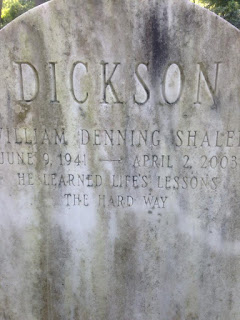 In “Second Wind,” Billy Joel says that your mistakes are “the only things you can truly call your own.” It rhymes and it fits the meter so, sure, whatever. For a long time, I did not understand what he was saying.

Dumb things seem to typically involve something dangerous, like fire, cars, or bad weather. It’s important to make a distinction between dumb things, which we survive, without major or enduring injury, and tragedies, which cause disability or death. I am familiar with the Darwin Awards, which refer to persons who kill themselves through stupid acts before they have a chance to reproduce. Many of those stories are “urban legends” (myths) and the term is often applied in a colloquial sense, especially as the last update to the “official” Web site was in 2015.

There are at least three problems with the Darwin Awards:

(1) References to a person’s mistake when a family is grieving are arrogant and cruel.

(2) The prefrontal cortex of the brain, home to executive functioning – the processes like impulse control, shifting and sustaining attention, foresight, and other self-regulatory skills, the antitheses of doing dumb things, is not fully developed until about the age of 22, with some research now saying 25. This part of the brain is vulnerable to the effects of stress hormones (dopamine, norepinephrine) and intoxicants (alcohol, others) which are disinhibiting. In other words, you will do things at 17 that you won’t do at 27 and you will do things under stress or with a buzz that you wouldn’t do otherwise. If it gets you killed and in the news then that is how people who didn’t know you will know you.

(3) We don’t impose capital punishment for doing dumb things and it is not fair to judge anyone by his or her worst idea.

At 46, I am fortunate to have done many of my dumbest things before the Internet made most events public and permanent. I am not about do something metadumb by publishing all of the dumbest things that I have done, but a few good ones come to mind, the stuff that I look back at and wonder and thank God for the mercy that spared me.

The picture at the top is second-degree frostbite caused by the use of a homemade flamethrower in yard maintenance. The flamethrower itself takes some care and concentration and I am very deliberate and careful about how I use it. Correctly applied, it has awesome herbicidal capabilities. However, liquid propane is endothermic, which I would have known had I paid more attention in high school chemistry. My hand hurt but I was using a flamethrower, and it was August, so how could that be frost?

That frostbite hurt like a bugger and I could have suffered nerve damage, but the blisters and the pain were the worst of it. Now I wear leather work gloves when I use the flamethrower.

I suspect that this is another important aspect of a dumb thing, which is to acknowledge that it was dumb at the time or to learn and be able to reflect on how dumb it was later. “I won’t do THAT again,” is the mark of a Dumb Thing.

I suggest, then, that only the person who did the dumb thing can tell the story of it. For this reason, it is not for me to recount the tales of guys who:

· Urinated on an electric fence

· Let a car’s oil go unchanged for years, until it finally seized up in the middle of I-95, near the airport, at rush hour.

In fact, as I ponder further, I realize that all of the good stories that I know about dumb things have been done by guys. Do women do dumb things? Probably. Maybe they are different kinds of dumb things?

When I talk to parents about misbehavior by their children, there is a broad category of behavior that I normalize, calling it “Dumb Guy Stuff.” Yes, the boy may be troubled and have various diagnoses, but some things – like asking a girl out in front of her friends – are fairly normal, fairly typical, not reflective of anything that requires clinical attention.

Dumb Guy Stuff seems to start around age eight, give or take. The start of testosterone gives it a turbo boost. Mercifully, T levels drop and the prefrontal cortex grows and the percentage of dumb things in a typical guy’s repertoire usually decreases. At my age, I marvel at what I did and survived, without hurting anyone, in an era of my life without much regard for future consequences, and now my occasional dumb things renew my connection to the time when I knew everything and would live forever.

In college, I recall a long line of cars, maybe fifteen of them, in the right lane of the turnpike, doing the speed limit. That is rare and the kind of thing that catches your attention, or should. It did in my case, but I was 20 and I knew everything and so I crept up the line on the left until I saw the lead car, a maroon Ford Crown Victoria.

Yes, a dark Ford Crown Victoria, the most obvious unmarked police car ever. I have seen a few used as taxis, but otherwise, who drives them? I crawled up now, maybe 55.25 MPH, and saw the driver’s hands folded on the top of the steering wheel. “Salesman,” I thought, ready to laugh at the over-cautious line of drivers behind him, ready to take it up to 65 and leave him far behind, until I saw the shoulder patch of the Pennsylvania State Police. Did I see his face? I have no recollection.

What to do? Well, he knew that I was speeding, there in my 1979 Honda Prelude, more auburn rust than black paint, held together with positive thinking. He had me if he wanted me. What to do?

I passed him. Yes, I did, but it took forever at 55.25 MPH. I put my turn signal on forever, took another forever to change lanes, and left it on forever after changing lanes. I waited but he did not pull me over. I became a hat.

I drove very carefully, wanting to add no further reason to pull me over, more fines to pay. Happily, someone dumber than I was, and there is always a person like this, came along in a Pontiac Sunbird after a few more forevers (perhaps 3-4 minutes). I would have been sweating even if the car had air conditioning. The driver of the Sunbird blew right past the now-25 cars behind the Crown Vic, then the Crown Vic, then me. The state trooper put his turn signal on, left it on awhile, then slowly moved into the left lane, and gradually passed me. Sure he was making fun of me, probably also warning me. He had time. This was the turnpike, with maybe 20 miles to the next exit. The Sunbird wasn’t going anywhere. When he finished passing me, he dropped the hammer and disappeared down the road. He had the Sunbird on the shoulder maybe eight miles later.


Those are a couple of the dumb things that I have done, no lingering harm but lasting lessons. What kind of dumb things have you done? You are welcome, and probably well-advised, to post anonymously if you prefer. Your current or future employer or spouse may see what you write here.