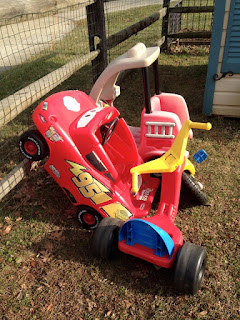 The topic of stupid things has been prominent in recent conversation. Most of it pertains to “Pokemon Go” and what players are doing, including a recent incident of a fifteen year-old girl being hit by a car while crossing a four-lane street without looking both ways, near Pittsburgh.

The child’s mother blames the game, saying “Kids don’t just cross the highway for no reason.” The girl, who survived, crossed the road successfully to get the, thing, whatever, thus demonstrating her capacity to cross a city street – hardly the Turnpike – successfully. Her reason was clear, to get the Pokemon thing, but she wasn’t hit because she was getting a Pokemon thing. She was hit because she didn’t look both ways.

With considerable and unnecessary detail, she describes how she put the game away before recrossing the road. Whether or not she is telling the truth, it is certainly the right thing to say, as it absolves her of carelessness in crossing the road. Of course, it also absolves the game, as she WASN’T PLAYING IT when she was hit. Still, she blames the game for “making” her cross the road.

I keep feeling as though there is a joke involving chickens here, but I can’t quite pin it down. The girl has bumps and bruises and an IV line so she was injured but definitely not disabled and she will recover. I’m not mocking severe injuries or a fatality.

I feel for the driver who hit her, even though it was not the driver’s fault. That is the kind of thing that wrecks your confidence, rattles you, makes you unsure and thus unsafe when driving. If you have ever been with a novice driver or someone new to snow then you know the feeling. That’s how it will be for that driver for awhile and that’s a rotten price to pay for someone else playing a game.

In legal terms, it’s called a “dart out” and the driver has a defense. There was no way to stop in time. Even at 10 MPH, say, in a parking lot, the typical stopping distance on dry asphalt is 4.7 feet. Step in front of a car within that distance and you will be hit unless the driver can swerve. There’s no other outcome. On that city street, the limit might have been 35 MPH, which means a stopping distance of 58.5 feet and that is assuming an attentive driver, i. e. one who is not playing Pokemon Go, moving at the speed limit. At 45 MPH, the distance jumps to 96.7 feet and, again, that assumes dry asphalt, attentive driver, brakes and tires properly maintained. If those assumptions don’t hold then the distance is greater, and the lawsuit and insurance settlement will pay some or all of the bills, but money won’t reattach a leg or repair a spinal cord.

All nonsense mercifully and thankfully aside, here is what happened. She, like many others, chose to play the game, became focused on it and not on her surroundings, and walked out in front of a car. She made a choice, then made a mistake. She’s a kid and kids do dumb things. So do adults. The penalty shouldn’t be death and it wasn’t. All things considered, this went much better than it might have.

As we’ll discuss in the next post, people do dumb things all of the time and mostly stuff works out OK. What annoys, what chafes, about the Pokemon craze is the claim of victimhood, the shedding of responsibility – for playing the game, for acts while playing the game. If you think that it’s dangerous then either don’t play or don’t complain if you get hurt. If you drive or walk while distracted, you and others will be hurt and that’s on you. The rest of us, or most of us, are looking and looking out for ourselves.